HomeBlog“The Journey of the Penc... 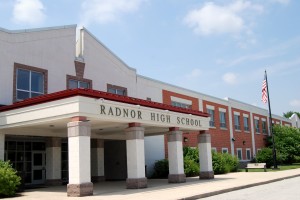 You are about to read a fascinating account of a collective effort of compassion that almost derailed. In the public schools of Pennsylvania, all twelfth grade students are required to complete a senior project, often a community service project, to fulfill their graduation requirements. Our Hope For Change story takes us to Radnor Township School District located west of Philadelphia in the Main Line. “The mission of the Radnor Township School District is to inspire in all students the love of learning and creating, and to empower them to discover and pursue their individual passions with knowledge, confidence, and caring to shape the future.”  (Italics mine)

On April 20, 2010 my twin sister, Mary Brown, called me on her cell phone and asked, “Sarah, does Hope For Change operate elementary schools in Africa?” Mary is the Director of a non-profit organization, “Teen Learning Community”, which assists Main Line seniors with conceiving, organizing, and implementing their senior projects. On that day while Mary was talking with Jin Hwang, president of the senior class at Radnor High School, she was informed that a certain “pencil project” had hit a impasse on the tracks ~ so to speak. This senior project, “Pencils For Africa”, challenged the student body of Radnor High School to purchase and donate pencils for children in an elementary school in Africa. However, the go-between agency failed to follow through and contact the two project organizers, Radnor seniors, Gigi Blanco and Lauren Bridges, regarding possible recipients of their collected pencils. On April 20th, they had no school to which they would send the pencils. 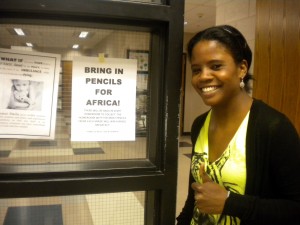 Lauren with promotional flyers ~ click on image to enlarge

Mary put Gigi on her cell phone and after brief introductions, I said we could help. My husband, James R. Smith, Director of Hope For Change International (H4C), would be traveling to Tanzania in June. Visiting our schools would be included in his itinerary. The cell phone exchange ended with my asking, “Could Gigi and Lauren get the pencils to our home by early June?”

Another thing…seniors are required to prepare a verbal presentation of the stages of their projects to a review/grading committee comprised of teachers and the senior project coordinator. The girls’ presentation was scheduled for Thursday, April 22 ~ two days away. After weeks of hard work in collecting the pencils, now only two days away from their presentation, they had  no destination school for the pencils ~ which now numbered over 1,000. You can imagine the disappointment that would be caused by a  “no completion” grading of their efforts! The caboose had to be put on this train. By Wednesday, the eve of their presentation, all plans were in place for James to take the assortment of pencils to Africa with him! That is, if the young women could get the donated pencils to him by early June. The presentation would go on with now “Plan B” destination schools in place. 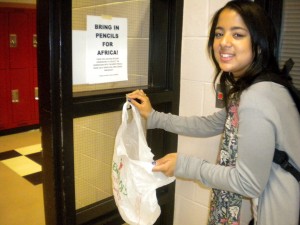 When I checked in with Gigi on Thursday afternoon, she passed along the good news that, “Yes, we did our presentation today and we got a Distinguished Pass which is the highest you can get!” James and I were thrilled that children in two H4C African schools ~ one in Sakila Village and the other in Arusha ~ would be the recipients of their endeavor!

Five weeks went by and the pencils which were  now stored in a “pretty good-sized copy box” had still not arrived at our home. Here was another gridlock for the pencils on their journey ~ no money had been collected for transport of the pencils.

Enter Paul Grimsland, our H4C Philippines Director, who had just returned from a Foundations Center Seminar held in Manhattan. During the  breakout session, Paul had met Lisa Williamson, Director of Communications for a school district. Can you guess which school district? If you said, “Radnor”, then you win the prize.

This amazed Paul too. Interestingly, I had casually let Paul know about the “derailed pencil project” back in April. Once we talked after he returned from the Seminar and we realized it was the same “Radnor”, Paul put me in contact with Lisa and the pace picked up after that.

Lisa made arrangements for Gigi to drop off the pencils at her family’s home in Wayne, PA. She and her husband, Phil, would make sure the pencils kept moving. On Saturday, June 5th, Lisa and Phil took the pencils to Wayne Post Office and VOILA! they were on their way from the Main Line and the homerooms of Radnor to our home in Saugerties, NY. 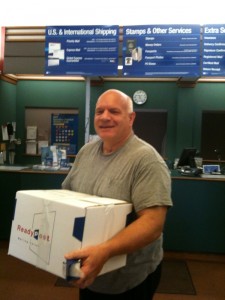 By the following Tuesday, the “good-sized box” was sitting on our dining room table in plenty of time to be included in James’ packing and for the air flight to Amsterdam en route to Kilimanjaro Airport in Tanzania. 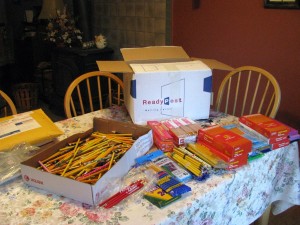 What a selection ~ spread out for packing!

You may, as I did, want to know the back story to this scenario and to read why Gigi and Lauren chose education as the theme of their senior project. So here are their answers…

Why did you decide to do your senior project re: education?
When I (Gigi) was in the 9th grade, I was nominated to win an award from the Emergency Aid of PA Foundation, only a handful of girls from Delaware County got this nomination and to narrow it down even more we each had to fill out an application. Within the application, we were required to write an essay under the prompt, “If you could start your own non-profit organization, what would it be?” I decided to call mine the Ethiopian Embrace and send school supplies over to children in need. Then, I had the idea that this would actually be really cool if I brought my made up organization to life, so doing it for my senior project was the perfect opportunity. Unfortunately, I did not have enough time to begin the Ethiopian Embrace, so I researched over the Internet to find an organization close to it and I found the Pencil Project.

My (Lauren’s) older sister was always doing community service for different schools in Africa, and seeing how many lives she was able to change really inspired me to do the same. She actually ran the African Education Program for a while, and so I had originally planned to do my senior project through that. I have also always been interested in international culture, and aspire to go in to international business so this was the perfect start for me. Then, after talking to Gigi, we realized what we wanted to do was very similar and we could be twice as successful if we worked together.

Why did you choose an African school?
We are both African Americans, so we really saw this as an opportunity to give back to our roots. Also, Africa has always struggled, and we know that as a continent it has so much potential; the least we could do was to give them basic necessities to prosper.
What would you & Lauren like to say to the students at the Sakila Village School and the Arusha School?
We would just like to say hello, and hope that they are all enjoying the pencils! We know the students will put them to great use, so stay in school, be creative, never give up, and you will move mountains! We believe the very best in each and every one of you, so keep smiling, and we promise you will be great in life!

Would you like to travel to Tanzania next year? Our H4C director hosts many teams from the U.S.
It is hard to speak so far in advance, but depending on our schedules, we would LOVE to come to Tanzania next year! Community service is very important to both of us and we plan to continue it as much as we possibly can in the future! 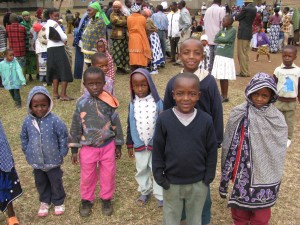 What were those words in the Radnor Township School District’s mission statement? “…caring to shape the future.” I don’t know about you but I have tears in my eyes as I write this. I consider it an honor to be a part of this story and wish success to Gigi & Lauren, the students at Radnor, Lisa and Phil, Mary and her “Teen Learning Community”, and the children of Sakila Village School and Arusha School.
H4C’s mission statement declares that, “We believe in HOPE that inspires CHANGE.” Visit our web site www.H4Cinternational.org and please consider us as your vehicle organization to bring Hope and Change. Thank you!
MBELE! Sarah Anne Smith 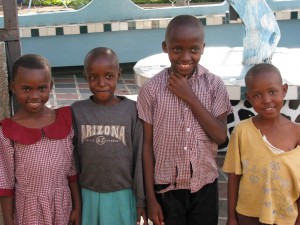 Caring from RHS to Arusha School