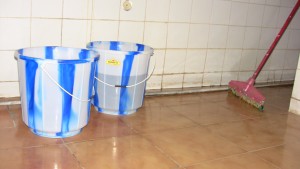 Precious Water in the Morning

Have you ever woken up in the morning, gone to the sink, turned on the faucet fully expecting water to flow and been disappointed? For most of us in the USA and other developed nations flowing water from a faucet is a “given.” Not so in many regions of the world. Friends in Nagaland and Mokokchung rely on water tank reservoirs to collect the rain during Monsoon season (June – October) to sustain their water needs during the “dry months” of January – May.

Well-drilling is not commonplace in Mokokchung, home of the children’s residential school that Hope for Change International supports. Expensive drilling costs prohibits school engineers and home-dwellers from contracting drilling experts. Instead, in recent months men of the campus construction crew have been digging a well by hand. (CLICK ON PHOTOS TO ENLARGE) 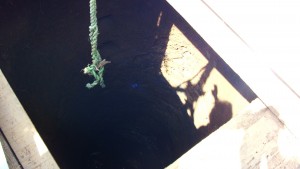 Although five years ago the administrators on campus determined not to attempt well-drilling, digging has begun with great promise of water. I am not certain what caused this “change of mind.” Regardless, the well diggers are finding water. When Cindy and I visited the site of the well during our first week in Mokokchung water was seeping into the well at twenty feet depth. This brought hopeful anticipation to all of us! 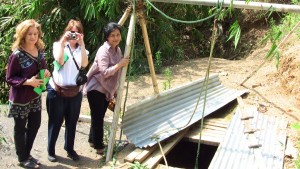 Our First Visit to the Well

Two weeks later Cindy and I again checked on the progress of the well.  Digging had resumed after a short break. The bottom was now a few feet deeper. The process goes like this: as the men descend into the well they scrape along the sides made of of rock, clay, and earth in a six-feet wide circle. As I peered down into the dark depths of the opening I could readily see hand-sized notches along one side of the well. These are for the hands and feet of the digger as he lowers himself to the bottom. “He goes up and down the walls like a ‘monkey’ as he works,” our Naga friends explained. 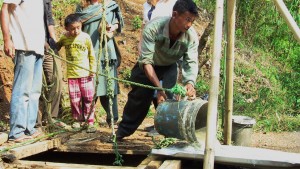 While digging is going on water seeps in from the bottom and sides of the well. A second worker must lower a bucket, wait until the well digger fills the bucket with the residual water, hoist it up to the top and empty it on the run-off chute. Above, you see the process. 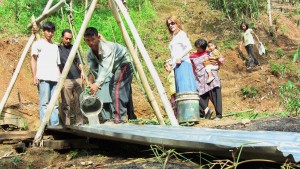 Pouring Water Down the Chute

Last week I spoke on the telephone with Mayang in Mokokchung. He is overseeing all new construction on the campus including the new well. Mayang told me that Monsoon is late this year, about two weeks late. This is good and bad. “Bad” because the campus population has been living off purchased water for several months. Purchasing water is expensive and drawing on operating expenses. “Good” because the delayed rainy season means Mayang can direct his crews to keep working. Once rainfall becomes daily and heavy all construction must cease until the next school break in December.

Mayang also disclosed that, “Once the heavy rains come it is not safe to dig or to hammer the rock because the soil is red (clay), and too wet. The walls could cave in and bury the workers in the well. Also, the land atop the well along the adjoining ridge is very dry. When the heavy rain comes a landslide could occur and cover the well. Lastly, Monsoon’s heavy rainfall would fill the well so quickly that the workers would spend nearly half the day pumping the water out before they could scrape the interior circular walls. This is not cost effective.” 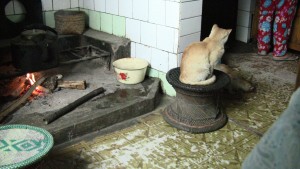 Warming and Waiting by the Morning Fire

“So we will need to wait to complete this badly-needed project.” stated Mayang.